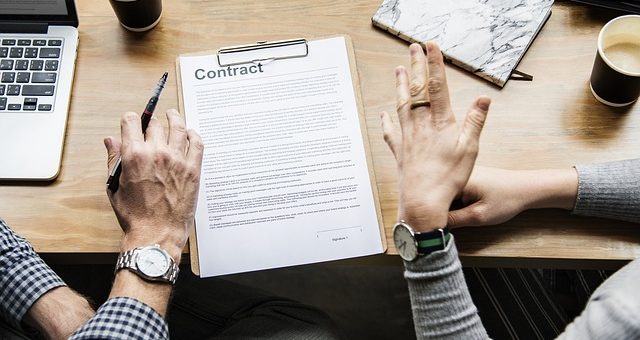 Both force majeure and hardship have as a common ground the problem of changed circumstances after the parties entered into a contract. Thus, the parties are asked to face a fundamental change of equilibrium of the contract: either because it renders the performances totally impracticable or because the performances have become excessively burdensome for one side.

The legal problems related to force majeure and hardship represents the tension between two alternative principles, i.e. the basic rule pact sunt servanda, and the one rebus sic stantibus. The paradigm of the sanctity of contract merely places the burdensome of the changing circumstances upon the aggravated party, violating therefore the principle of good faith by requiring the performance of the contract according to its original terms. In order to restore the balance of these two principles there are basically three different ways :

1) The aggravated party remains bound to the original obligation with no possibility to be discharged from the performance of the contract although it becomes more onerous. This approach strictly adheres to the principle of pact sunt servanda.

2) The law permits the termination of the contract, thus shifting the aggrievment upon the other party.

3) The law allows that the contract is reformed so as to restore the original equilibrium between the parties.

However, the termination of the contract still remains a possible consequence. By doing so, the economic risk of changed circumstances is apportioned between the parties .

As pointed out by Ugo Draetta: “the issue regarding the relationship between these two principle cannot be solved in a definitive way, as the various legislators, both at national and international level, will always nuance their respective solutions in favour of either one of the two principles, based on their different legal traditions”.
Thereinafter, it will be scrutinized first the differences and the affinities between the legal concepts of force majeure and hardship.

It can be said that force majeure occurred when the performance of a contract is impossible due to unforeseeable event beyond the control of the parties.
Article 7.1.1 of the UNIDROIT Principles of International Commercial Contract provides that: “it is stated that a party’s non-performance is excused if that party proves that the non-performance was due to an impediment beyond its control, and that it could not reasonably be expected to have taken the impediment into account at the time of the conclusion of the contract or to have avoided or overcome the impediment or its consequences”.
Therefore, the elements of force majeure are: first, the event is of an external nature; second, the event could not be foreseen or prevented; third, such event renders the performance impossible at all or for a certain time. Thus, force majeure, being situated in the context of non-performance, deals with the suspension or termination of the contract .

The hardship exemption may be considered as a particular group of cases under the force majeure excuses . Whereas under force majeure exemption the performance has become impossible, hardship refers to all case in which the performance has become much more burdensome, but not impossible. Hardship thus, constitutes the ground for an alteration of the contractual terms or, depending on the case, for the termination of the contract.

It is clear now that the individual requirement of the hardship and force majeure are in principle identical. As pointed out by Christoph Brunner: “the hardship does not have any additional ‘elements’ which would not be covered by the force majeure excuse; it is only more specific and narrower in its scope than the force majeure excuse as only those ‘impediment’ (changes of circumstances) are to be considered which fundamentally alter the equilibrium of the contract”.

THE LIABILITY OF THE CLASSIFICATION SOCIETIES